You are here:
FinanceNews 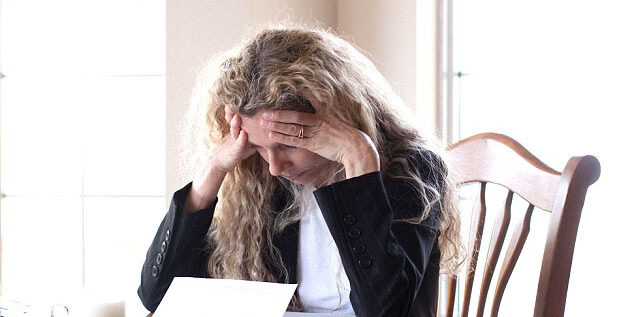 33 percent of women, compared to 19 percent of men, admitted they would not be financially stable in the event of a marriage breakdown, according to Fidelity International.

Fidelity found that women aged between 55 and 64-years-old were most likely to be financially vulnerable in the event of a breakup (42 percent).

However, 41 percent of 35 to 44-year-olds and 40 percent of those aged 45 to 54-years-old also admitted that they would be financially unstable if their relationship ended tomorrow.

Given the average age that women get divorced is 44-years-old, according to the Office for National Statistics, this means a significant number are exposed.

Overall just 19 percent of men said that they wouldn’t be able to support themselves financially in the event of a relationship breakdown.
Despite initiatives such as shared parental leave, women are still likely to take more time off work when they have a baby and tend to bear the brunt of childcare responsibility.

On top of already often earning less and therefore saving less, this time off can have a direct impact on their finances, not only on the amount they earn when they return to work – potentially part-time – but also on their longer-term financial security. Time off work means less time paying into a workplace pension which naturally means less money to fund retirement.

However, planning for the future, even for the possibility of a break-up, is important, particularly if one partner contributes significantly more to the household finances.

Emma-Lou Montgomery, associate director at Fidelity International, said: “The fact that so many women wouldn’t be able to cope financially without their partner is frightening. We already know that women tend to earn less than men, on average, and are more likely to take time off work to look after the family. But many people don’t realise the impact this can have on a woman’s financial independence.
“Talking to your partner early on and ensuring that you have agreed plans in place in the event the relationship ends will help ensure both parties are well protected. With more couples cohabiting for longer before marriage or not getting married at all this is even more important; there is no legal obligation for unmarried couples to split up assets in the event of a break-up like there is during divorce proceedings.

“For women who are concerned about their financial future, saving as early as possible is key. While you may have joint accounts for big savings goals, such as buying a house, there’s no reason why you shouldn’t have your own individual account too, so you can put money away for your future. Small amounts can make a big difference. Indeed, our previous research found that just by saving 1 percent extra of their salary into their workplace pension each month, a woman could close the gender pension gap by the time they get to retirement age.”